“I'm obsessed with him, I'm obsessed with his clothes, I'm obsessed with what he does.” In the September issue of @britishvogue, out today, @anderschristianmadsen visited @eltonjohn at his Windsor home with @gucci’s @lallo25 to discuss their mutual admiration and working together for his final tour. Portrait by @nick_knight. Find out more at the link in bio.

Elton is obsessed with Gucci’ s creative director and admires what he does.

The same admiration has Alessandro for Elton John. Alessandro grew up listening to Elton John’s music and marveling at his audacious costumes.

“I never wore any make-up,” Elton chimes in. “I wasn’t glam rock. I wasn’t David Bowie. I was me being a blokey guy wearing these clothes. I had to have humour in my costume,” says Elton.

As the appreciation of one another’s work comes full circle in a Gucci-fication of Elton’s tour, prepare for a storm of creativity in Elton’s tour costumes. 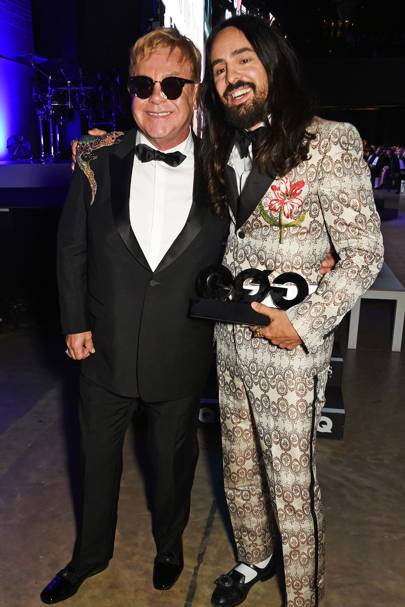 For September Vogue Issue Elton John invited Vogue to his Windsor home to discuss his and Michele’ s mutual admiration and working together for his final tour.

British Fashion Awards 2018: The Winners And All You Need To Know About Them!