Raf Simons is a designer of a generation, born in Belgium, he graduated surprisingly not in Fashion but Industrial Design. He spent some time working as a furniture designer for various galleries, but then came one moment that showed him the main purpose in what he will outshine. 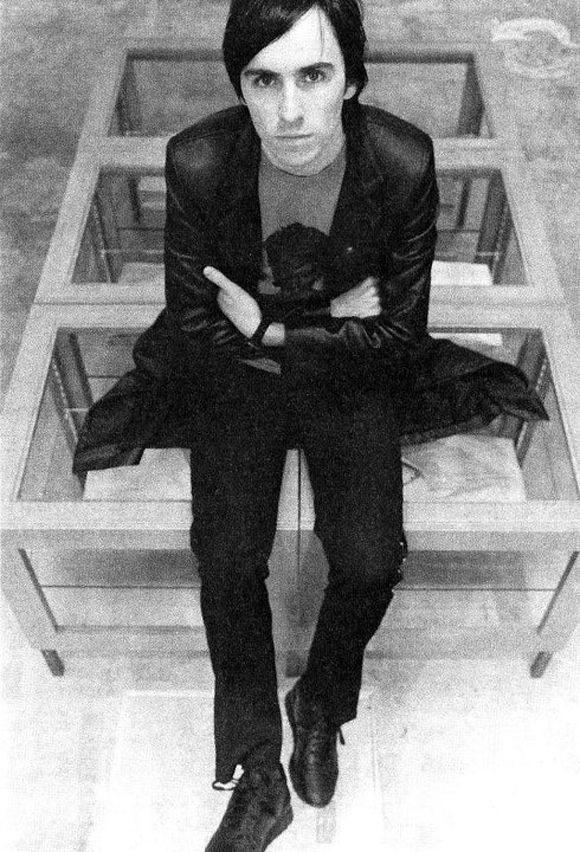 In the year 1991, he visited his first Paris Fashion Week and saw a fashion show – Martin Margiela’s all-white – which inspired Simons to turn to fashion design (and we are glad for this moment).

Since this moment, Simons started to be obsessed with fashion. He then became a self-trained menswear designer and launched his Raf Simons in 1995. His first collection was in Fall-Winter 1995 and featured two street models in a video presentation. Fall-Winter 1997 saw his first runway show in Paris, France with a look of ‘American college students and English schoolboys with a background of New Wave and Punk.

Simons’ early aesthetic incorporated youth culture from divergent sources, such as the Spring-Summer 2000 collection taking inspiration from both MENSA students and the Gabba youth subculture (a predominantly Dutch and Belgian movement associated with hardcore techno music).

Music has formed an integral part of Simons’ work, with references to musical figures such as the Manic Street Preachers’s Richey Edwards and Joy Division’s Ian Curtis and his Fall-Winter 1998 collection featuring members of German electro band Kraftwerk as models. 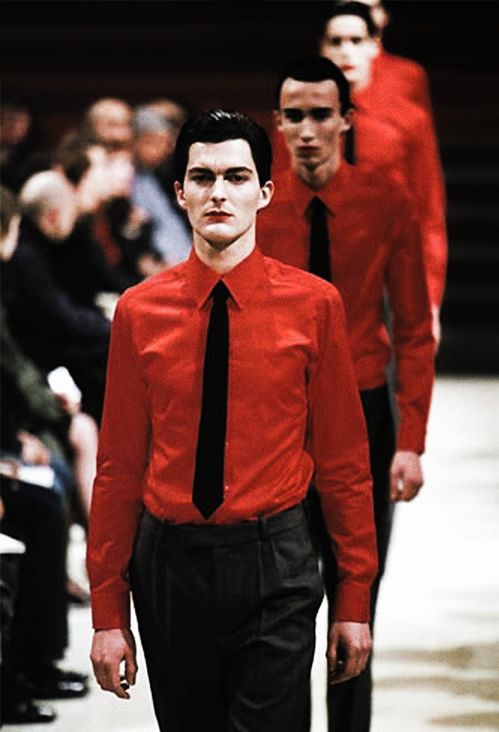 From the year 2005 until 2012 Raf Simons was a creative director of a German luxury brand Jil Sander. Simons moved the brand’s aesthetic from an austere minimalism and expanded its commercial appeal with the creation of a womenswear diffusion line, Jil Sander Navy. In 2010, Simons’s work was seen to take a more fanciful turn when he presented the first of three couture-inspired collections, all of which played with the shapes, colors, and proportions associated with haute couture and were his most feminine to date.

In April 2012, Simons replaced John Galliano as creative director at the helm of Dior.

Simons’ first collection for Haute Couture Fall-Winter 2012 was well-received as the designer focused on the 1950s by playing with some of Christian Dior’s famous silhouettes: the A-line and the H-line, and the Bar jacket. His Dior ‘era’ is documented in the movie ‘Dior and I’ showing Simons work for his first couture collection for Dior (worthy to watch). 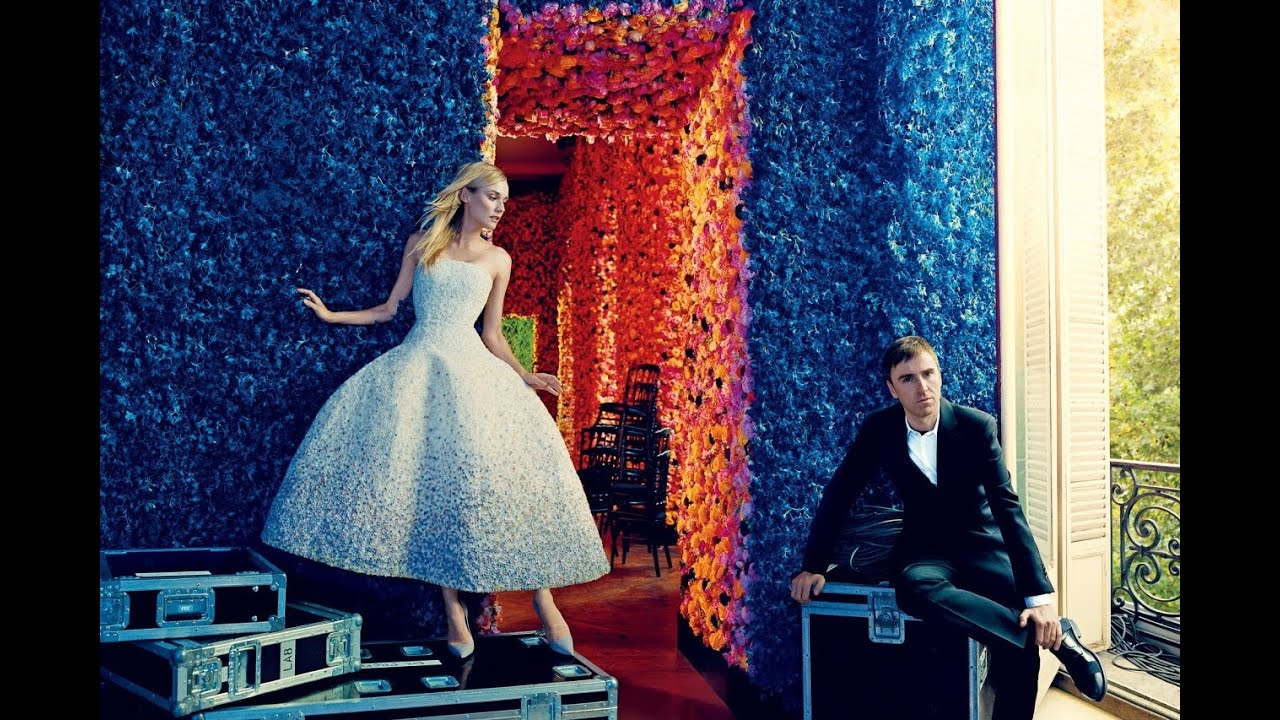 In the year 2016 Calvin Klein announced to have an interest in working with Raf Simons offering him a post of Chief Creative Officer of the brand. Simon’s first collection debuted for the Fall 2017 season and New York Magazine stated, “The Most Anticipated Fashion Show in Decades Turned Out to Be Brilliant”. Currently, as said in our previous article, Raf Simons started cooperation with the Andy Warhol Foundation uniting Andy Warhol iconic works with Raf Simons genius fashion mind.

Raf Simons has always thought about fashion “outside of a box” and belongs deservedly between worlds most influential fashion designers of his generation. The love affair with his clothes and genius mind have for example Kanye West, Rihanna, Kendrick Lamar or Travis Scott (and many, many more, including us).

As Raf Simons once said:

I’m very attracted to things that I can’t define.

And we hope that his attraction, especially to fashion, never fades away. If you are attracted to Raf Simons menswear collections, watch his official Instagram to know more about his brand’s future.